Atelier Ryza: Ever Stuttering and the Stupid Workaround

Like every other Atelier game, the PC port leaves much to be desired, especially in terms of input. A lack of mouse support, along with only direct mappings from keys to controller inputs (which are non-intuitive at best) takes a bit of time to get used to.

As of version 1.03, the Steam version of Atelier Ryza has some stuttering issues. About every 1-2 seconds, you will probably experience some frame skips. Accompanied by these frame skips are the physics engine glitching out, which probably means the physics are tied to the rendering loop. Fantastic.

You might be wondering: how did something so obviously broken make it past QA? Well, wonder no more.

Every 1-2 seconds, the game polls the XINPUT library for controller input. This poll either has a timeout, or has a long handler in the event of failure. The input polling is probably done in the rendering loop, which causes the frame stutter. The people at Gust probably did their QA with a controller plugged in (they would probably get an RSI from testing with a keyboard all day), and the glaringly obvious problem slipped into release.

How can you work around this? The easiest way would be to get a controller. If you don’t have one, then you can use vJoy to emulate a joystick. 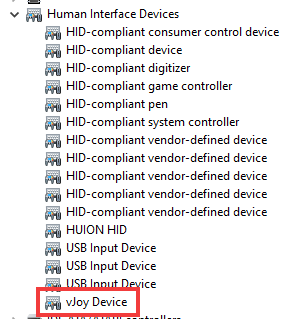 And no, I don’t mean “use vJoy as a controller to play the game” (which would require something like x360ce to send inputs to the driver anyways). I mean “install vJoy ‘‘literally’’ just so the game thinks you have a controller plugged in”, so the XINPUT polling doesn’t fail. You’ll still be playing with the keyboard.